This Eiffel Tower pair of gilded embroidery scissors is a re-issue of a 19th century model. The Eiffel Tower was constructed for the Universal Exhibition in 1889. It was during this exhibition that Jacques-Simon Sajou was awarded a silver medal.

No less than 15 operations are involved in their production, most of them by hand. The process of aurifying involves placing a varnish over the parts which will not be golden. This explains the difference in price between the chromed Eiffel Tower scissors and these ones.

An important detail enables us to judge the quality of a pair of scissors; the pairing marks - the number which you can see on the interior of each of the blades (you will notice the number "16" on the photos presented here). This indicates that the two blades have been perfectly adjusted to form a pair.

You will notice the detail of the grid pattern simulating the metallic girders of the Tower as well as the quality of the screw. The blades are very pointed for precision work.

This pair of scissors comes with a sky blue Eiffel Tower charm, made specially for this model. The orange and blue pompom, cult colours of the maison Sajou, was made in a soft furnishings workshop in the Saint Etienne region. 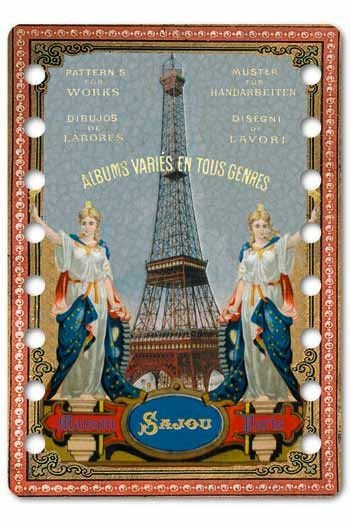 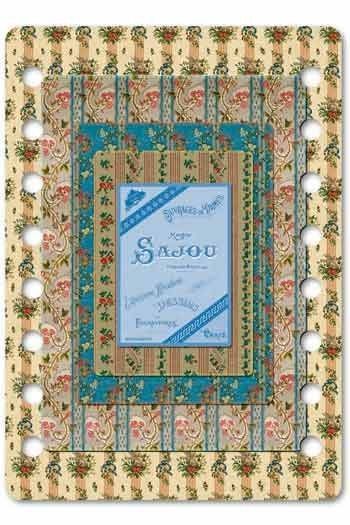 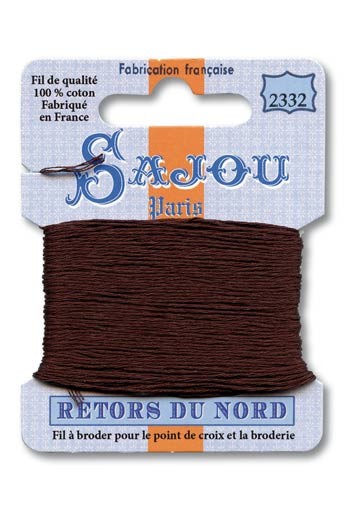