Jacob and Wilhelm Grimm's fairy tale : The Seven Ravens
Pattern to embroider in cross stitch or in petit point.
Each of the patterns in this series dedicated to Grimm's fairy tales. On one side a version of the motif in colour and on the other side, the same motif in unicolour. The instruction sheet contains the paragraph that it illustrates in the tale.
Our patterns are all printed on large format paper (29,7 x 42) and are very easy to follow.
Size of this motif: 90 x 90 points. When using 12 count embroidery linen and sewing over 2 threads, the finished piece will measure 15cm each side. Sewing over 2 threads using 16 count linen, your piece will measure 11.3cm each side. Sewing over 5.5 count Aida, your piece will measure 16.5cm each side. Don’t forget to leave a border around your embroidery.
For the multicolour version, 18 colours of thread are needed. Our recommendations for the colours with our Retors du Nord thread: 2317, 2013, 2012, 2022, 2043, 2190, 2223, 2443, 2003, 2549, 2570, 2469, 2005, 2016, 2028, 2030, 2409 and 2041.
Our patterns are presented in pretty printed folders, the colours vary according to our stocks. The interior of the folders have printed reminders of the basic embroidery stitches. Thread and fabric not supplied.
Special letter tariff for this product.The shipment costs are automatically calculated on confirmation of your order.
…And now she went continually onwards, far,
far to the very end of the world.
Then she came to the sun, but it was too hot and terrible,
and devoured little children.
Hastily she ran away, and ran to the moon,
but it was far too cold, and also awful and malicious,
and when it saw the child, it said,
"I smell, I smell the flesh of men."
On this she ran swiftly away, and came to the stars,
which were kind and good to her,
and each of them sat on its own particular little chair.
But the morning star arose, and gave her the drumstick of a chicken,
and said, "If you thou hast not that drumstick
thou canst not open the Glass mountain,
and in the Glass mountain are thy brothers."
The maiden took the drumstick, wrapped it carefully in a cloth,
and went onwards again until she came to the Glass mountain.
The door was shut, and she thought she would take out the drumstick;
but when she undid the cloth, it was empty,
and she had lost the good star's present.
What was she now to do? She wished to rescue her brothers,
and had no key to the Glass mountain.
The good sister took a knife, cut off one of her little fingers,
put it in the door, and succeeded in opening it.
When she had gone inside, a little dwarf came to meet her,
who said, "My child, what are you looking for?"
- "I am looking for my brothers, the seven ravens,"
she replied. The dwarf said, "The lord ravens are not at home,
but if you will wait here until they come,
step in." Thereupon the little dwarf carried the ravens' dinner in,
on seven little plates, and in seven little glasses,
and the little sister ate a morsel from each plate,
and from each little glass she took a sip,
but in the last little glass she dropped the ring
which she had brought away with her…
Jacob and Wilhelm Grimm
The Seven Ravens 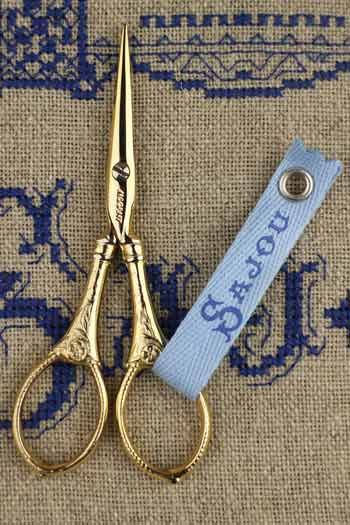