Unfortunately, due to the circumstances, our Sajou Paris store
and corner at Le Bon Marché are closed until further notice.
We will keep you informer as the situation changes.
in the meantime, stay safe.

The history of Sajou is peppered with a series of amusing encounters and anecdotes.
Installing the shop in the rue de Caire is one of these.
In fact, Frédérique Crestin-Billet was not looking to open a store –
it was proposed by one of the last haberdashery wholesalers in the area who wanted to reduce his activities.
Having spent the past 50 years in the premises, he had his heart set on it remaining a haberdashery.
Things went quickly from there: work started in July and the store was opened on the 21st September 2013. 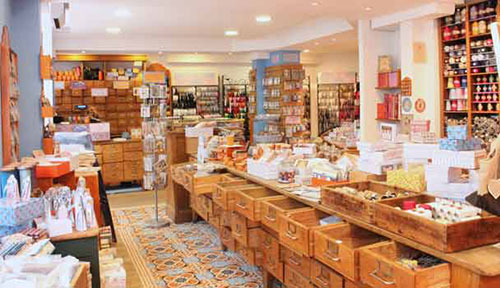 The decoration is based on our small showroom in Versailles:
orange and blue cement tiles combined with wood.
A few antique cabinets were sanded down and repaired to blend
with our re-edition haberdashery furniture. 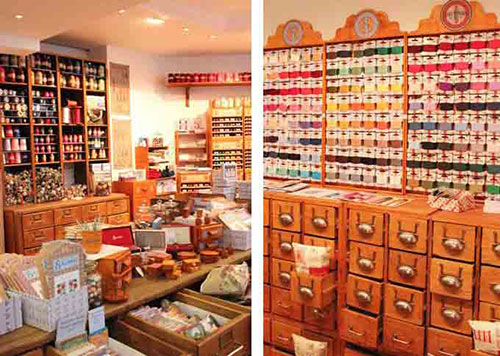 Sajou Paris In Sajou Paris you can, of course, find all our Sajou products
as well as all the Fil Au Chinois threads, including our specialist leather work threads. 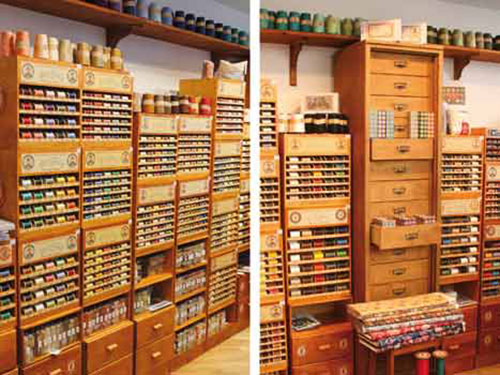 You will also find a selection of fabrics,
buttons and ribbons which are not available on our web site. 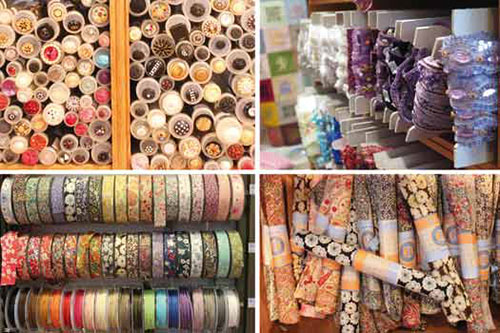 The installation in the Sentier district of Paris is a return to the roots of Sajou
because the original office was for a long time in the neighbouring rue Rambuteau
and then in Boulevard Sébastopol.

This amusing district was built during the Egyptian expedition vigorously led by Bonaparte between 1798 and 1801,
which is reflected by the names of the streets - Caire, Aboukir, Alexandrie.
Besides the military aspect of the expedition, the goal was also scientific and cultural.
It was the start of a fascination for the Orient in general which was very fashionable in Europe
for many years to come.

The Sentier was a bustling district of the clothing industry
and considered as the capital of textile and haberdashery in Paris.
This is now changing with the arrival of many IT and digital start-ups in the area.
Among this modern universe, The Sajou Paris store finds itself as a symbol of tradition of the area,
whilst being part of the revival of quality products made in France.

<p>This shop is a kind of marvellous world! Everything is nice, shop and products. And people working here are so nice! You must go and visit this haberdashery shop.</p>

Our favorite shop: the best haberdashery in the world !!!!

I do LOVE this Sajou shop. You must to there if you are in Paris.