No less than 15 operations by hand are involved in the fabrication of this embroidery scissors.

This Eiffel tower scissors is a re-issue of a 19th century model. The Eiffel Tower was constructed for the Universal Exhibition in 1889. It was during this exhibition that Jacques-Simon Sajou was awarded a silver medal.

An important detail enables us to judge the quality of a pair of scissors; the pairing marks - the number which you can see on the interior of each of the blades  (you will notice the number "32" on the photos presented here). This indicates that the two blades have been perfectly adjusted to form a pair.

This pair of scissors comes with a pink Eiffel Tower, made especially for this model. The pink pompon was made in a soft furnishing workshop in the Saint-Etienne region.

A spectacular pattern with two possibilities:
either embroider the whole pattern to make a magnificent vintage style chart,
or to make a scissor case for your favorite scissors.
For this pink charm Eiffel Tower scissors model,
you will need the following colours in Retors du Nord:
2535, 2024, 2025, 2003, 2009, 2005, 2832. 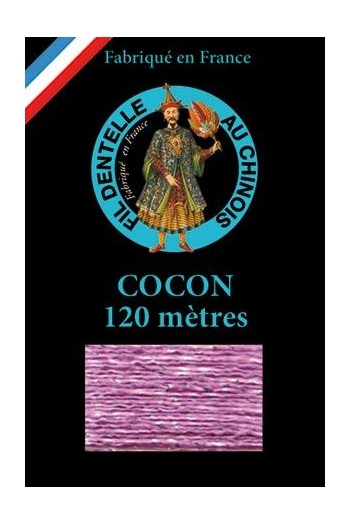 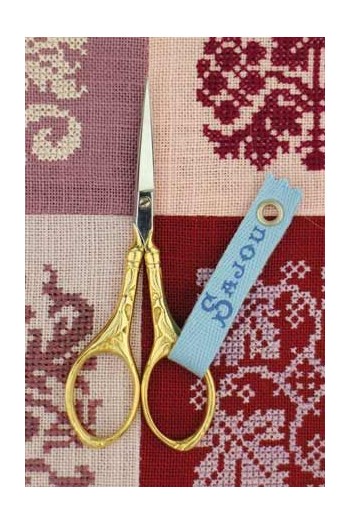