In addition to textile and haberdashery, one of my other passions is the cement tiles which were found in town houses during the 19th century and have recently had a resurgence of interest. During the 1850's, these tiles were produced on the outskirts of the first cemeteries, notably in Ardeche. This is why we have named our kits and pattern charts after towns and villages of the region. The Viviers model represents the cement tiles that can be found on the floor of our show-room in Versailles and in the Sajou Paris store. 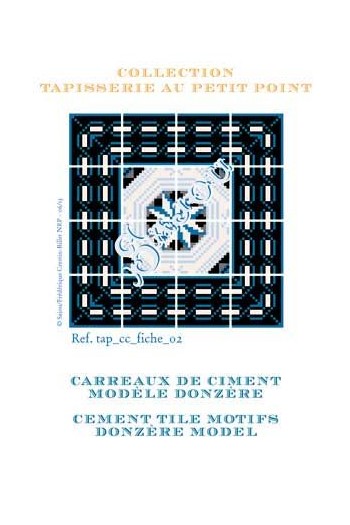 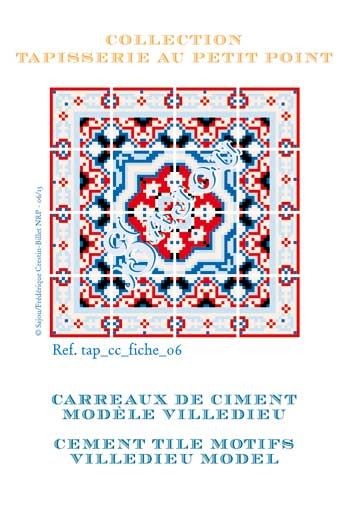