Traditionally, the domestic sewing scissors were divided into three different size categories.
- the "embroiderers", small scissors for embroidery and lacework (between 8 and 12cm),
- the "linen scissors", household scissors for bed linen and small cuts of cloth (between 12 and 18cm),
- the "dressmakers", scissors specifically intended for dressmaking (16cm upwards).
It should be remembered that, up till the 20th century and the arrival of ready to wear goods, the majority of clothes were home-made. Professional scissors are generally much larger. We offer a large range of professional scissors: traditional "linen" scissors, dressmakers scissors, non-symetrical scissors, tailors shears... 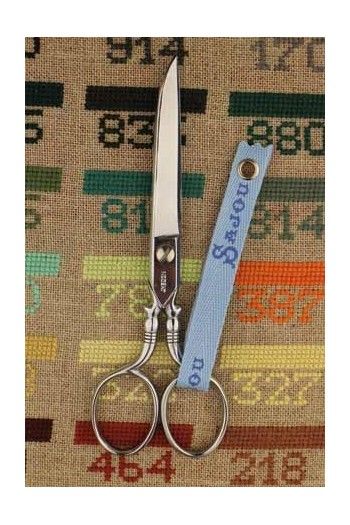 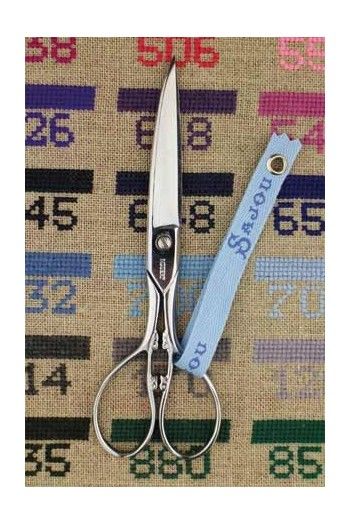