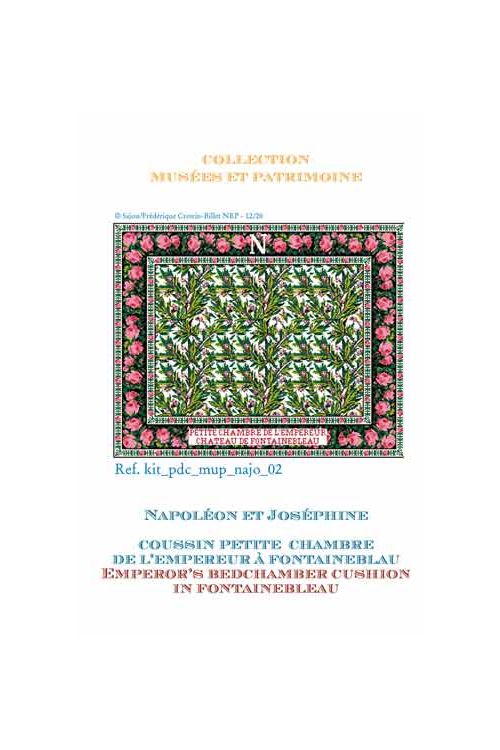 The fabrics decorating the Emperor’s small bedroom at Fontainebleau were considered furnishings in their own right.
He had originally ordered them for the Ambassador’s Room in the Château de Saint-Cloud (destroyed during the war of 1870).
Designed by Jean-François Bony and executed by Camille Pernon, it is thus described: a flecked prune velvet base teeming with sprigs of flowers and bay leaves.
Napoléon and Joséphine played an important part in reviving the cloth mills in the Lyon region, passing lavish orders for Saint-Cloud, Meudon, Fontainebleau, Les Tuileries as well as Versailles.
This furnishing, however, never made it to Saint-Cloud and was finally installed at Fontainebleau in 1808. Judged too dark, the cloth was entrusted to the Maison Picot to lighten the prune base with an embroidery in pale yellow silk, which in reality appears ecru. As the floral motif is impressive, I have chosen for this cross-stitch interpretation to leave the base in ecru to differentiate the flowers and leaves. 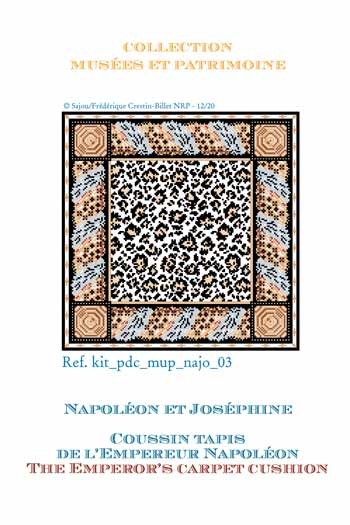